The Mechanics of Absence II

Following up on a previous exhibition, presented in October through November 2016, the work of Carla Cabanas depicts a different notion of time, speculating on what lasts and on what disappears.
With a scrutinizing gaze and a diffuse memory, Cabanas dwells upon the construction of an image, attentive to what belongs to it and to what one fantasizes. Pursuing ideas of fabulation and reminiscence, the artist creates an apparatus that exhibits and invokes vaguely recognizable moments. These moments are presented through a set of slides, in which the images of a family’s daily lives echoes those of our own lives, but by crossing different characters, times and places, they also expose unusual situations pinpointed by the artist.
Simultaneously addressing the choise of specific images and the way they are reconceived, Cabanas also questions the apparatus built for their presentation, and the space thus designed. Accordingly, the gallery becomes more than a hosting space and addresses an involvement ground. Thus, in a delicate equilibrium between what is absent and what remains, the viewer is immersively entangled with all the memories, senses and characters invoked.
Between what fades and what lingers, between something projected and something retained, rests the chance of a plot that one tries to untangle. This happens initially when we wander through the maze set in the bigger room, but also in a subsequent moment when, in the second room, the wall mounted lightboxes call-out for our closeness.The image is either whole, but diverse, wandering like an echo through the corners of the first room, either a parcel, but united, whispered like a murmur in the walls of the second room. Contradicting the pragmatism rooted in the photographic record, either by excess or by retention, the figures are both vague and ephemeral, requiring the viewer’s involvement (set upon curiosity and seduction) to be properly perceived.
Consistently, by involving the viewer, Carla Cabanas expands the history retained in each image, transforming the suspended time into something living, indefinite and fabled. Something that assembles a palimpsest of references opening up a complex, stratified and nonlinear reading. Marking a web of suggestions and events, favoring emotion instead of rationality and its sense of chronological order. 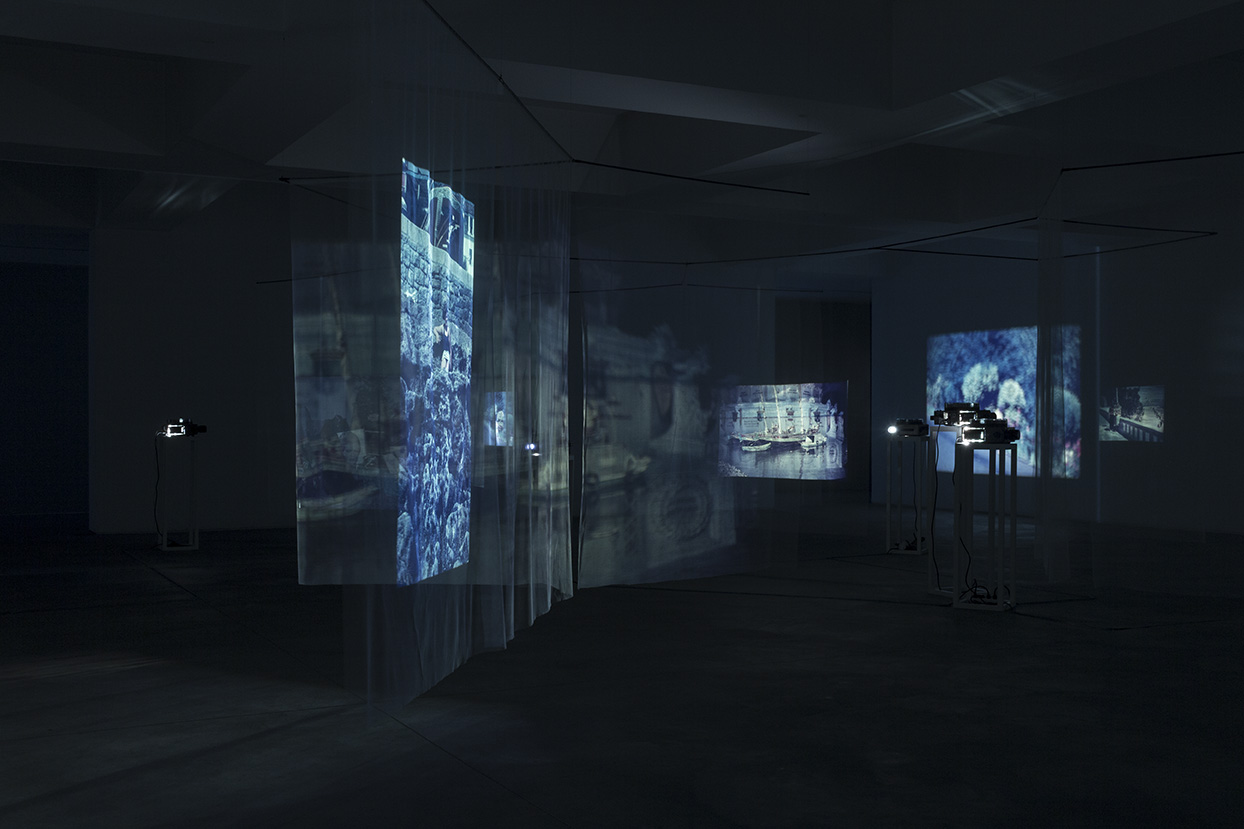